Last night I got to briefly chat with many moms that I know in my community. I was standing at my table promoting our new Music Booster’s Club and had our first bake sale. After about the third interaction, I thought about the Peanut’s character Lucy who would set up a booth and charge her friends for her sage advice.  I didn’t actually use Lucy most famous reply, “Snap out of it! Five cents, please.” Rather, I listened and nodded my head in understanding. Life is busy and so many things are all happening simultaneously that we often feel like we just need to take a moment to check in with a friend. 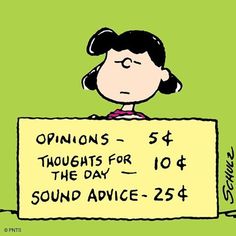 So if you are looking for some “sound advice” about parenting and raising healthy kids I narrowed it down to three main thoughts.

I don’t think I will build my own booth like Lucy…but I do intend to write my weekly blog posts as a way to help parents and teachers find simple ways to ‘grow a holistic view of childhood’.

You have heard of the helicopter mom, the tiger mom, and after this blog post, “The Snowflake Bentley Mom”…

To be clear, I am no relation to the Bentley family but while re-reading the children’s book ‘Snowflake Bentley’ by Jacqueline Briggs Martin I thought about how it was an excellent way to reinforce one of my parenting truths… “Follow your child’s interest”

Background info…summarized from the children’s book mentioned above.

When he was 17, his parents spent their savings and bought him a special camera with its’ own microscope that could magnify from 64 – 3,600 times it actual size. All of his pictures the first winter were failures but he preserved and by the second winter had figured out how to photograph snowflakes.

As he worked with this micro-photography art form he found a way to improve the quality by cutting away dark parts of the negative around the crystal. This meant he spent hours and hours on a single photograph. Snowflake Bentley believed that the snow crystal photographs would be his gift to the world.

From an economic standpoint this project of required an investment of $15,000 in order to perfect his craft, and though he was able to photograph thousands of snow crystals his work and only received $4,000 from selling slides and photographs. You could say that the Return on Investment wasn’t great, yet his technique has continued to be improved upon and he is still remembered to this day.

His book, Snow Crystals, was published shortly before his death but this Vermont farmer-scientist-artist is revered as a pioneer in the field. I encourage you to read the story, ‘Snowflake Bentley’ by Jacqueline Briggs Martin – first read it to yourself and then read it to the children in your life.

Reflect on the conviction that Snowflake Bentley had to pursue his interest in snow crystals despite the neighbors thinking his project was a joke.

Consider the impact that receiving a microscope from his mother  had on his life.

Think of the conversation between his parents when they were deciding to investment thousands of dollars on a camera for a project that no one else had done at the time.

Consider the belief that his parents had in their son and the impact of ‘following the child’s interest’.

I believe that this is a fascinating story of how a farmer blended both science and art together to create a fulfilling (though not lucrative) career in following his childhood interest and passion.

I want to be a “Snowflake Bentley Mom” and invest in my children’s interests and to give them the tools that they need to in order to chase their dreams. It is that belief and support that helps our children reach for the stars!

How about you…does “Follow your child’s interest” resonate with your parenting truths?!